Have you ever wonder how the below terminal output is created?

neofetch is the answer! neofetch is a simple package that can be be use to display the host Linux system's information, in a nice, graphical form, on the terminal.

You can install neofetch using the following command on apt package manager systems: 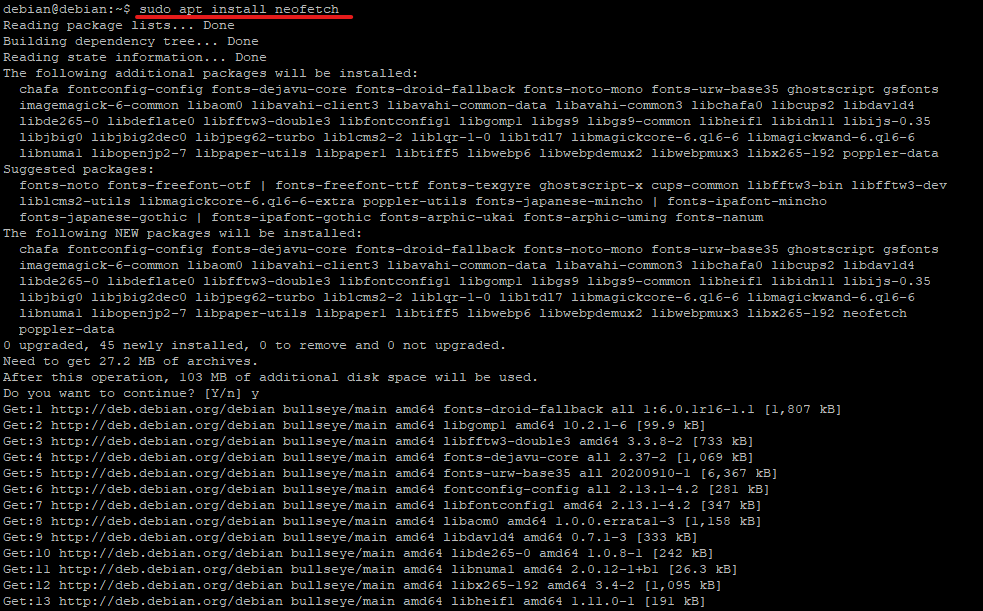 And to run it, simply type neofetch into the terminal.

One useful idea with neofetch is to have it run automatically upon logging in. This will show you the server uptime, number of packages installed, and other information right at the start of a SSH session.

We can have neofetch run by editing the ~/.bashrc file and add neofetch to the end of the file: 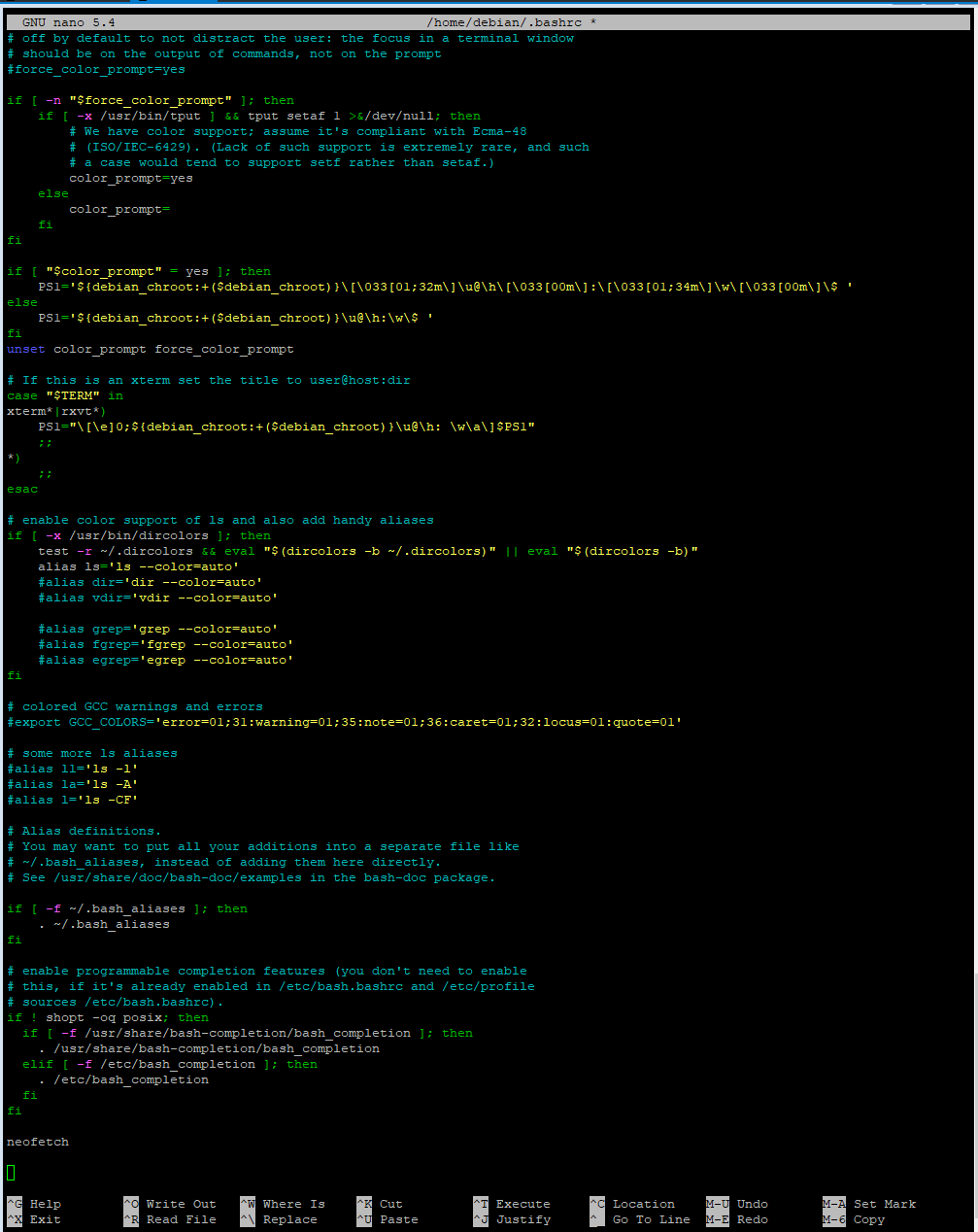 Alternatively, you can use the echo command to append the neofetch command to the end of the file.

Now the next time you login or SSH in, neofetch will be display as the first thing. 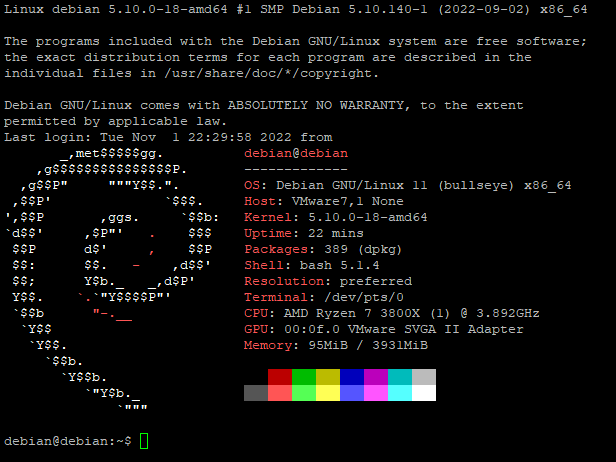